you read it right, New discovery – Water does have Consciousness, that’s what we will prove in this article now.

consciousness – the state of being aware of and responsive to one’s surroundings.

so can you imagine if this is true and knowing we ourselves are Up to 60% water. According to H.H. Mitchell, Journal of Biological Chemistry 158, the brain and heart are composed of 73% water, and the lungs are about 83% water, what these findings can mean about ourselves.

So without further ado, I resent my own personal experiment that you can try at home with nothing more than a couple of glasses, rice, and water.

Seven (7) days ago I watched a documentary that suggested water has memory and so 7 days ago I got 3 new glasses and poured a bit of rice equal amounts in each glass and topped it off with water from the tap about a centimeter above the rice level.

I placed these 3 glasses on top of the fridge about half a meter apart, I then would say negative things to one glass and positive things to another, I had left one behind these two same distance apart and left that one be.

so every day in the morning I would say negative words and insult one and say positive compliments to the other for 7 days. so just a couple of words each morning and here are the results. 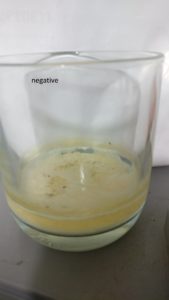 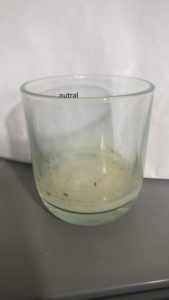 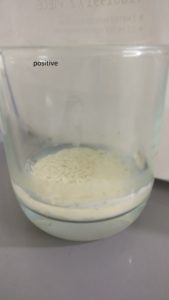 As we can see here the neutral which was not disturbed has absorbed more water and growing some fungus or whatever that dark stuff is called.

The negative which is the one I have insulted is gone very yellowy-brown.

The positive which is the one I have complemented or spoke nicely to have the clearest water and less fungus.

So I think the main point I would like people to know this is proof that if you negative to others or are in a negative environment or ofcourse negative to your selves, then just think how your body or mind would be affected.

If you dont want to be rotton inside then stay positive poeple and say nice things to please for your own health. 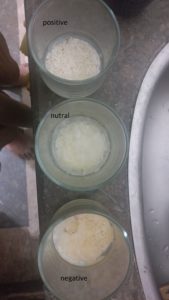