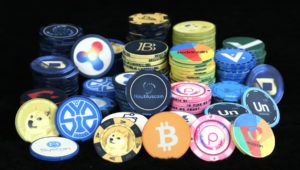 Investing for the Future

Investing Can be a daunting for most of us because we don’t have much, to begin with.

Knowing the reality of risk in any market especially when so many things can negatively influence anything you invest in.

I’ve only invested in myself, Until NOW.

See its very rare to find opportunities like This. 50 years ago the average person didn’t realize the impact computers and technology would have on the world, they wouldn’t even imagine such a thing. nor did they have the world wide web to give everyone the

50 years ago the average person didn’t realize the impact computers and technology would have on the world, they wouldn’t even imagine such a thing.

Now imagine if you had invested even $10 in shares for IBM, DELL, Macintosh, or APPLE when they started off.

They didn’t even have the (Internet) world wide web (www) to give everyone the opportunity for investing in such things with ease, so now around 50 years later we have another opportunity like that, that could turn your $10 into hundreds of thousands if not Millions.

I realized I couldn’t afford to buy them and to me at the time buy it didn’t make sense, but something called Mining did so I bought myself a machine called Antminer.

The Antminer worked pretty much on its own for the blockchain and in return paid me in Bitcoin, which in turn I sold and got paid in Dollars.

In 2016 Once I made my money back for the Antminer, I then sold the Antminer and made a little extra, see what I didn’t know then that I know now is …

Now that you see my point I can tell you what I’m doing now.

Turns out just like allot of technology companies were emerging some 50 years ago, there are a lot of Companies and governments bringing out their own coins that have their own particular functions.

There were more than 900 cryptocurrencies available over the internet as of 25 June 2017 and growing.

CoinSpot has a wide range of cryptocurrencies and Wallets for each, already integrated for you and Coinspot have to be registered with the Govt in order to have a .au domain extension so they are trustworthy – Definitely Recommended.

Hope this helps you out.

We use cookies on our website to give you the most relevant experience by remembering your preferences and repeat visits. By clicking “Accept”, you consent to the use of ALL the cookies.
Do not sell my personal information.
Cookie SettingsACCEPT
Cookie consent

This website uses cookies to improve your experience while you navigate through the website. Out of these, the cookies that are categorized as necessary are stored on your browser as they are essential for the working of basic functionalities of the website. We also use third-party cookies that help us analyze and understand how you use this website. These cookies will be stored in your browser only with your consent. You also have the option to opt-out of these cookies. But opting out of some of these cookies may affect your browsing experience.
Necessary Always Enabled
Necessary cookies are absolutely essential for the website to function properly. These cookies ensure basic functionalities and security features of the website, anonymously.
SAVE & ACCEPT
Scroll Up